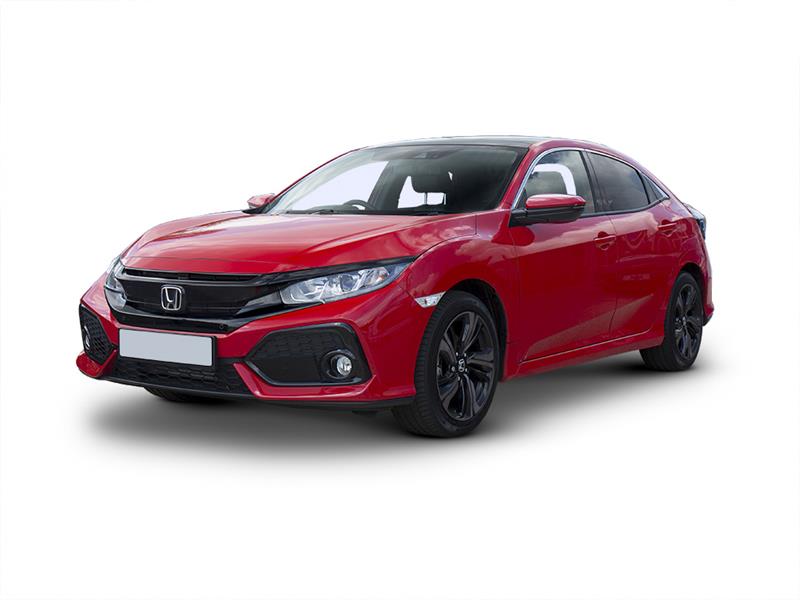 Cards on table time. I absolutely adore hot Hondas. There's just something so unashamedly extreme about the way these cars are built. It pops up in the most unexpected places but speaks of a deep devotion to engineering excellence. Whereas most other manufacturers would be content to beef-up the engine, stiffen the suspension and add a few go-faster cues inside and out, Honda is different. That's just the start. A Type R Honda has, to date, been about the subtle details - and there are a few more of those to admire with this revised model. Perhaps Honda felt the need to make it appeal to a broader audience. Is it now more representative of the breed. Or something different altogether?

Subtle dynamic changes have been made to this improved Type R - a revised air intake system, improved cooling, two-piece floating disc brakes for increased performance, plus revised suspension geometry and bushings for improved ride compliance. Otherwise, everything's as you were. The headline figures are undeniably impressive. Power comes courtesy of a direct-injected turbocharged 2.0 litre VTEC petrol engine, which really delivers a solid punch of both power and torque. Output is 320PS at 6,500rpm. There's 400Nm of torque, enough to see 62mph disappear in 5.7s en route to a 169mph maximum. This wild Civic continues to buck the trend and return the hot hatch genre to its years of shopping rocket excess. Key to its ability to do that are a trio of selectable driving modes that tweak throttle response, suspension feel and feedback from the new variable-ratio steering system. The car defaults to its mid 'Sport' setting on start-up but it's the ultimate '+R' option that you'll need if you're planning to put all the skirts and spoilers to the test by taking to the track. At the same time though, as advertised, this fifth generation model can also be less of a racetrack refugee on the occasions when you need to dial everything down a bit. That's thanks to an extra 'Comfort' driving option that makes everything a little softer and less manic, allowing you to feel the benefits of the sophisticated multi-link rear suspension set-up.

The look of this Type R hasn't changed - or at least it hasn't in standard and GT forms; there's now also a subtler-looking 'Sportline'-trimmed variant that has a lower rear wing and smaller 19-inch wheels with larger profile tyres. Ideal if you wanted one of these but felt embarrassed at the thought of parking it next to the boss's car outside the office. Otherwise, go wild and wacky here. Honda's insistent that all the wings and flics are functional and talks of the hours on the Nurburgring, being thrashed round the Takasu test track and forensic studies of the aerodynamics in the Sakura wind tunnel. An almost completely flat underside sucks the car onto the road and the rear wing, front splitter and deep side skirts are also demonstrably functional. Big grilles in the bumpers direct cooling air to the engine and brakes. The lightweight 20-inch alloy wheels look pretty mean too. The cabin has been lightly upgraded with this revised model - a new Alcantara-wrapped steering wheel, a counterweighted teardrop gear knob and new physical controls for the infotainment and climate systems. Otherwise, it's as you were. High-backed sports seats grip the front occupants with a suede-effect fabric offset by red double stitching. The red highlights continue across the leather-trimmed steering wheel and gearstick gaiter. There's room for a couple of uncomplaining folk at the back. And a 420-litre boot.

There's a real sweet spot for performance cars with around 320PS under their bonnets and it's close to £35,000, around which are clustered cars like the BMW M135i, the Volkswagen Golf R and the Audi S3. Honda has traditionally lost out to German brand rivals like that because the Type R looks a bit wild - hence the introduction of a subtler-looking 'Sport Line' version with a low-level rear spoiler, smaller 19-inch alloy whee;ls and an all-black interior. The 'Sportline' joins the existing range of standard and plusher 'GT' Type R models; the standard variant costs from just under £33,000, while the 'GT' and the 'Sportline' both cost £2,000 more. If you're a Type R enthusiast, you'll know about the Limited Edition version, which features lightweight 20" BBS forged alloy wheels, unique 'Sunlight Yellow' paint, and a 47kg weight saving over the standard version. If you want to buy that, you're too late as all 20 examples of it headed for the UK have been sold. Most customers choose the Type R GT, which benefits from extra features like a Honda CONNECT infotainment system with Garmin Navigation and a high power audio, plus dual zone climate control, an auto dimming rear view mirror, wireless charging, LED front fog lights and blind spot information including cross traffic monitor,

Economy and emissions figures for the Type R are, as expected, competitive though not quite up with this car's German rivals, VW's Golf R and Audi's S3. The combined cycle fuel figure is 33.2mpg and the CO2 reading is 178g/km. Residual values shouldn't put too much of a bash in the budget as there's always been a strong used trade in Type Rs. With this Civic being the only Type R model in Honda's line-up for the foreseeable future, demand ought to be very healthy indeed. On to the warranty, a three year/90,000 mile deal, which is a bit better than most rivals who tend to offer guarantees limited to 60,000 miles. There's also a five year servicing plan but you'd do better to purchase Honda's 'Full Customer Care' package which is called 'Five' and which, for £850, includes that five year servicing deal along with an extended five year warranty and five years of roadside assistance. This can be incorporated into the monthly cost of a Civic Type R if you buy it on a PCP finance package.

There's a lot of competition in this market sector, much of it from cars like the Audi S3 and BMW's M135i xDrive, both of which offer all-wheel drive grip and sledgehammer acceleration off the line. So where does that leave the front-wheel drive Civic Type R? It suddenly looks a bit conspicuous. Honda is a company that insists we judge on results rather than on engineering dogma. It has a point. Drive this car and decide for yourself. It's not only incredibly fast and sounds brilliant but there's more cornering traction than you'd ever believe would be possible from a front-driven hot hatch with this kind of power. Honda says that sales of C-segment cars like this one with more than 300PS have tripled since the previous generation version of this car was launched. If, from the widening range of options on offer, you choose a Civic Type R, it'll be because you've remembered just why it was you wanted to buy a hot hatch in the first place. And you'll revel in the extrovert, intoxicating driving experience it offers. There's nothing else quite like it.